The book “Revolutionary Peacemaking” has been published

Daniel Jakopovich is a sociologist, philosopher, poet, and a campaigner for peace, human and animal liberation.

This book is a collection of interdisciplinary political and philosophical writings which explore some of the key issues of peace research, including the character and roots of various major forms of structural and cultural violence in contemporary capitalist society, impediments to the broadening of our ethical horizons and the development of humane democratic institutions and relationships, interconnections between the oppression of humans and of other animals, and political strategies for deep, transformative progressive change. The book also contains several pieces of Jakopovich’s peace poetry. Helping to formulate the philosophical and strategic foundations of revolutionary peacemaking, these writings constitute a unified endeavour to advance the ennoblement of human beings and the creation of a truly democratic, humane and peaceful society which would foster compassion and nonviolence towards all sentient beings.

The book will be of particular interest to scholars of peace studies, politics and other related fields, as well as to progressive readers, writers and campaigners.

“Let us add our voice to the excellent, timely and courageous message of Daniel Jakopovich in his book Revolutionary Peacemaking: Writings for a Culture of Peace and Nonviolence, published by Democratic Thought. It is intolerable – and must be a permanent guide in our behaviour – that more than 30,000 persons, most of them children, die every day from hunger at the same time as 3 billion US dollars are invested in armaments and military expenditures. Genuine democracy is the solution to ensure the full exercise of human rights, based on the equal dignity of all human beings. This book is an outstanding contribution to the transition from a culture of imposition and war to a culture of peace and nonviolence.”

Federico Mayor Zaragoza, Writer and scholar, Professor and former Rector of the University of Granada, former Director-General of UNESCO (1987–1999), President of the Foundation for a Culture of Peace

“Jakopovich’s book is a powerful dissident stand against everything in the contemporary world that imperils human dignity, liberty and peace. It passionately calls attention to the mass starvation and suffering of children across the world. It investigates the potential to nonviolently overcome social conflicts, and is visionary in identifying the seeds of authentic liberty and democracy in the neoliberal shell of formal democracy. These writings are a synthesis of intellectual work of the highest order and of unyielding humane conviction.”

Predrag Matvejević, Writer and scholar, Professor Emeritus at the Sapienza University of Rome, laureate of the Golden Charter of Peace “Linus Pauling” and the honorary Vice President of PEN International

“This exceptional collection of writings offers a series of profound analyses of contemporary capitalist society. It reveals various overt, but also complex and hidden mechanisms of domination and oppression that prevent progress toward a peaceful, environmentally sustainable and humane society. But the author does not just provide a penetrating diagnosis. Instead he develops a radical peacemaking philosophy and strategy for deep social transformation. He draws many critically important lessons from the previous failures of progressive movements, making an extremely thoughtful case in favour of nonviolent resistance, the revolution of people’s consciousness and the creation of a pluralistic system of alliances as strategic requirements for the establishment of a free and peaceful eco-socialist society. This is a powerful book.” 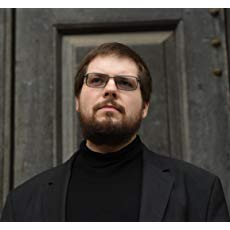